The day is finally here! Cinderella Phenomenon: Evermore is officially available on STEAM! 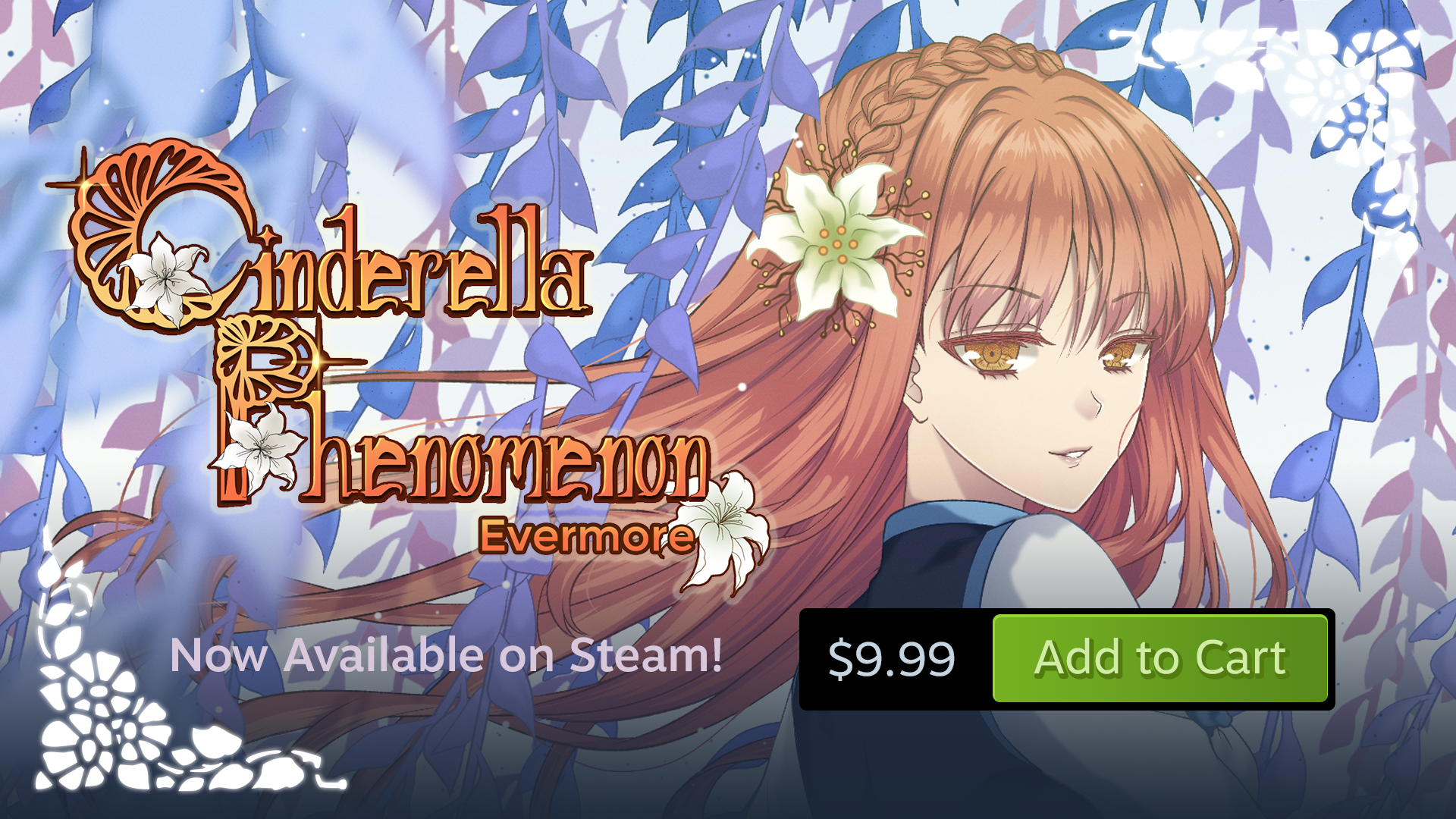 As promised, we’ll be also hosting a giveaway on both Twitter (@dicesukidev) and Tumblr (dicesuki) which will be up in a few minutes. 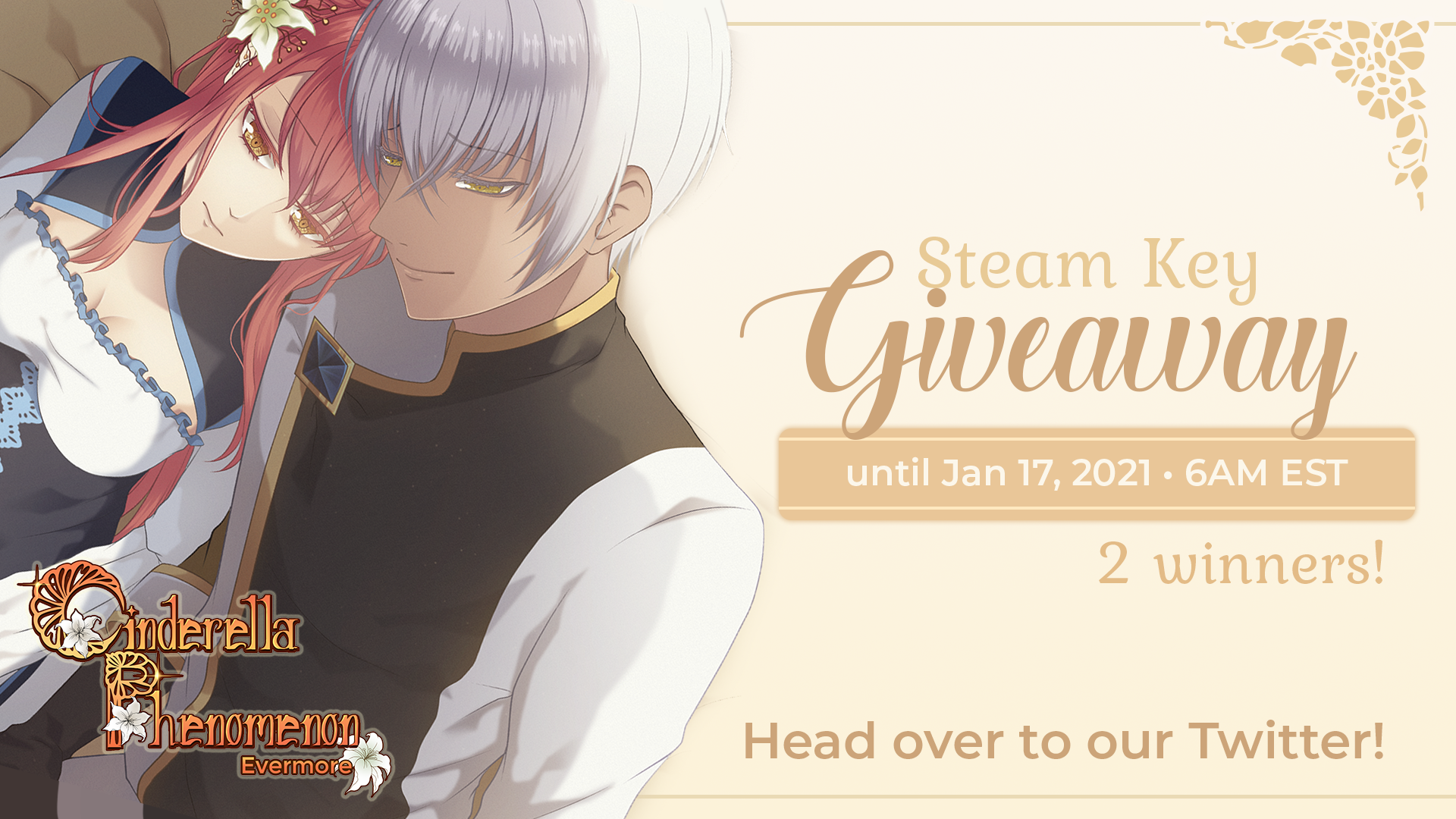 READ ON FOR A MORE DETAILED UPDATE

Sitraxis from DICESUKI here! I’m grateful to the people who have taken the time to report all of the bugs, visual glitches, and typos. It helps loads! Now that Evermore 1.1 is finally live, here are the changes and improvements I’ve made. (Please note that these changes are part of the launch version of the STEAM release, and in a free update on itch.io if you already have the game!):

Mini-CGs: We’ve added mini-CGs! You’ll have to play the game to find out where they've been added. There are 14 in total!

Lucette Bug: This glitch should now be fixed. Please let us know if you see it again!

Missing Track: There were reports of a locked track between Forgotten and Music Box in the Music despite having completed the game. It should be accessible after this update.

Achievements Help Text: Due to frequent inquiries about unlocking some of our achievements, we’ve added descriptions under all locked achievements. The only exception is the achievement with a Read Dialogue bar.

Miscellaneous Typos & Misspellings: When reporting these, please be sure to indicate the route and chapter they’ve appeared in!

Last but not the least, if you’ve completed the game, we've added a little surprise that appears after you finish your final route. Be sure to keep your eyes peeled after the credits. 😉

Thank you again for taking the time to report issues and errors. Please let us know if any of them persist in this version and report them in either our #bug-reports channel on our Discord server or send us an e-mail via vndice@gmail.com.

What happens after Happily Ever After…?

I also can't see anywhere to download a 1.1 update. I would like all those fixes without having to buy the Steam version (although if we could get Steam keys because we DID purchase the game here, that would also be great! I don't know if that's possible though. Ultimately I'll be happy so long as I get the updated game one way or another) but don't see a way to get the update here.

Question about the itch.io 1.1 update--I can only see version 1.0.2, which last I checked still has the Lucette bug (if the Lucette bug is when her sprite keeps showing up when it's not supposed to).